A new thrift store serves frugal Skagway shoppers. It is entirely made up of volunteers and managed as a non-profit organization. Its goal is to serve the community by reducing waste and providing a hidden cache of discounted gems for you to discover.

The kitchen sink was the brainchild of a group of local residents who wanted to bring a cheap shopping option to Skagway and a better way to reuse and recycle. The store debuted at the Skagway Eagles Club last fall and was sponsored by Emblem Club and Gold Rush Productions.

This summer, they moved and walked away from the Eagles organization. They now operate under the community development program of the Skagway Development Corporation. As founder Jessie Baker says, they hope it’s a stepping stone to independence.

The SDC also helps the team with writing grant applications and keeping accounts. Baker says the overall goal is to continue helping the community.

“Skagway needs a thrift store. Hopefully we will have a seasonal population and this is when the need becomes even greater. People don’t have to buy pots and pans every time they come here or, you know, plates or, you know, a coat, ”Baker said.

“We have two Halloween sections. We have a lot of stuff in the front room. And we also have costume material in our last back room that we just started using because we have too much stuff, ”said Baker. 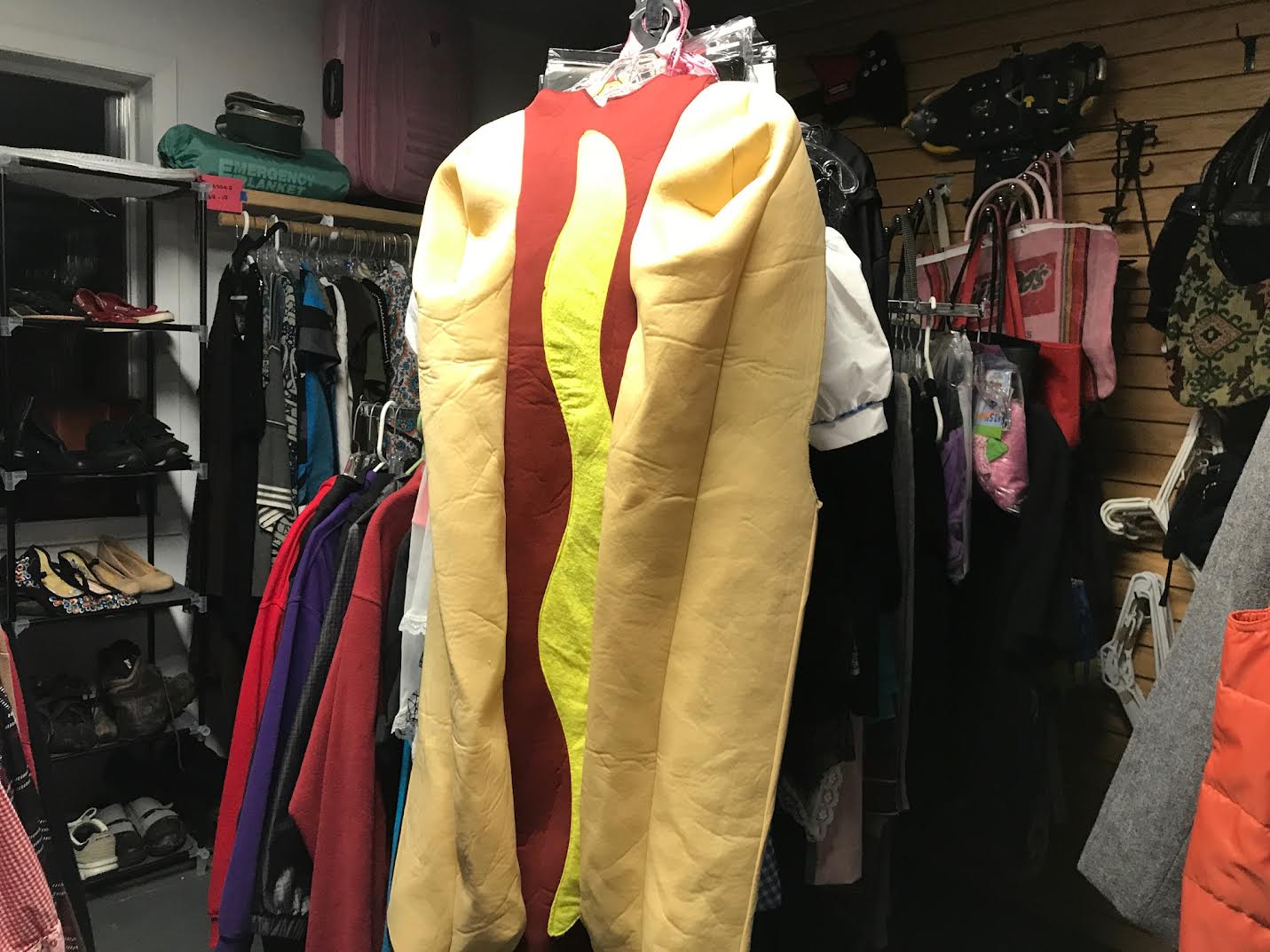 One of the kitchen sink Halloween costumes. (Mike Swasey)

While on a tour of the facility, I found a hot dog outfit, eagle mask, and Dorothy’s costume from The Wizard of Oz.

“We got a lot of old Sweet Tooth outfits, so there are a lot of old outfits from yesteryear as well as some fun new stuff,” Baker said.

But it’s their kitchen section that sells the fastest.

“It’s the only thing that seems to be the high turnover here. As you can see, we have a lot of clothes. They’re going… not fast enough, ”Baker said.

The store also has an agreement with the Presbyterian Church in Skagway to help those in need find warm winter clothing.

“The church brought all their winter coats. And we went through them and took the best, which was about half of them. Now if someone goes to the Presbyterian church looking for a mantle, they’ll give them a voucher and they can come and see us and get a free mantle, ”Baker said. 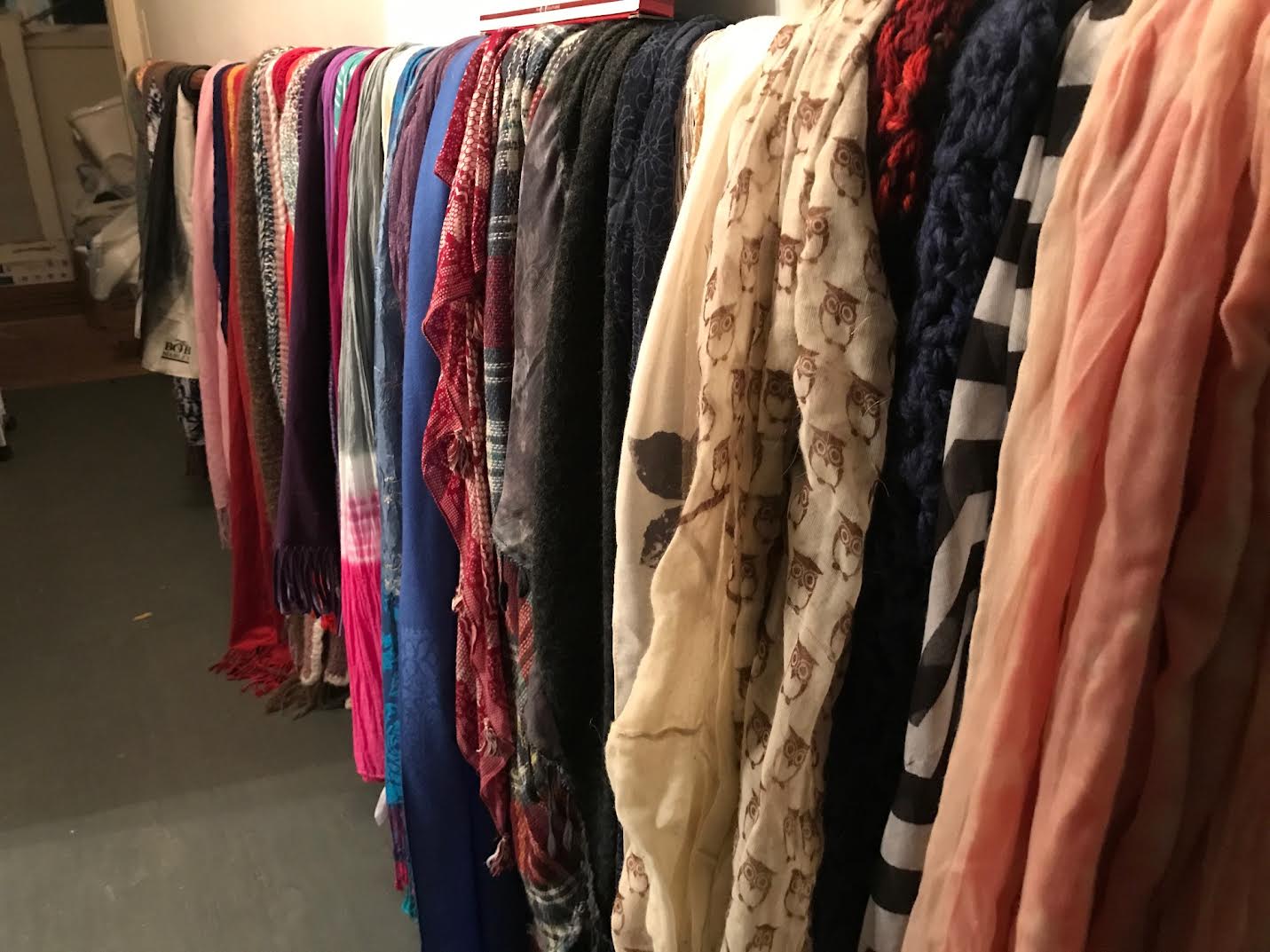 Rack of scarves at the kitchen sink. (Mike Swasey)

Right now they don’t price items individually, but hope to move in that direction in the near future, Baker says they’re using a group pricing structure in a way.

She says some people haggle, but not a lot. She’d rather see the item sell than sit on the shelf, so that’s not discouraged.

Although they are open four days a week, Baker says they could reduce their hours this winter.

This winter is going to be interesting. Hopefully we make enough money to pay our bills, ”Baker said.

In the meantime, volunteers help sort donated clothes – they make sure the zippers work and the items are clean. And for those items that don’t do the trick, there’s also a free box on the front so people can help themselves 24/7.

Currently, The Kitchen Sink accepts donations between noon and 2 p.m. on the first and third Saturday of the month at the back door. The store is open from noon to 4 p.m. on Thursday and Saturday and from 3 p.m. to 5 p.m. on Friday and Sunday.